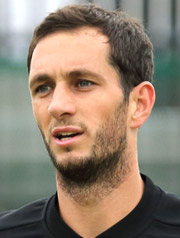 2019 is Ward’s rookie WTT season. He was selected by the Breakers in the 2nd round of the 2019 WTT Draft with the 10th overall pick. He was traded to the San Diego Aviators for Petros Chrysochos and the Aviators’s 1st Round pick in the 2020 draft.

This year, he has made the semis Torneo Challenger in Leon, Mexico.

Was an integral part of the winning the Davis Cup for Great Britain in 2015 playing in matches against the Unites States and France. That year, he defeated John Isner 15-13 in the fifth set after being down two sets to love.

On the challenger tour, he owns four singles titles and has been a finalist on 7 occasions. In doubles, he has two titles and has twice been a runner-up.